In 1965 designs for the British Road Sign appeared on our streets and have occupied an important role in our lives for the last 50 years. Designed by Jock Kinneir and Margaret Calvert they standardised the road network, produced two new typefaces: Transport and Motorway, and created many of the signs we see today.

Curated by MADE NORTH. 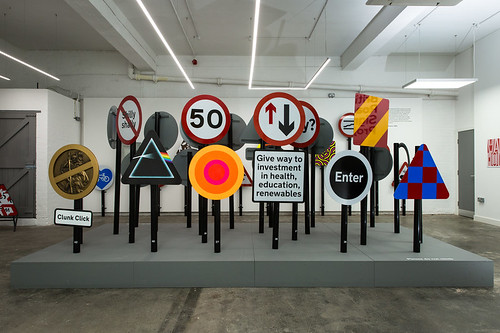