Solidarity & Love is a new collection of work by Glasgow-based artist Jamie Crewe. The exhibition at Humber Street Gallery has been created alongside a sister show at Grand Union, Birmingham titled Love & Solidarity.

Taking inspiration from Radclyffe Hall’s novel The Well of Loneliness (1928), the exhibitions address the provocations of the book, which has had a lasting impact on generations of queer, lesbian, and transgender people.

Through a combination of video, sculpture and text, Crewe touches on themes of heartbreak, experiences of transphobia, LGBTQIA+ solidarity and conflict, as well as exploring the legacy of the novel itself.

Both exhibitions can be enjoyed independently of each other and are supported by a series of events across Hull and Birmingham.

Find out more about Grand Union and the sister exhibition Love & Solidarity here. 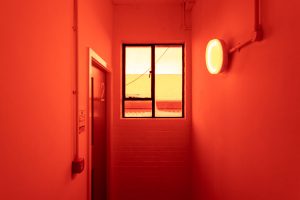 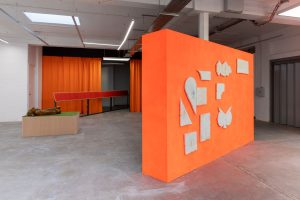 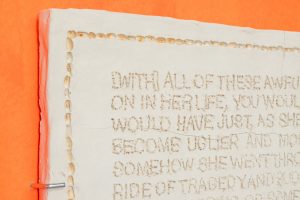 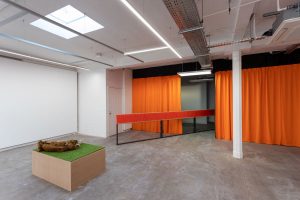 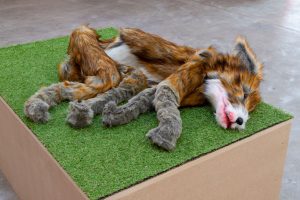 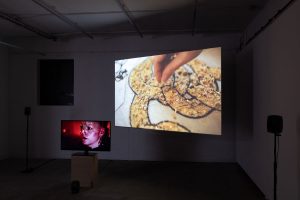 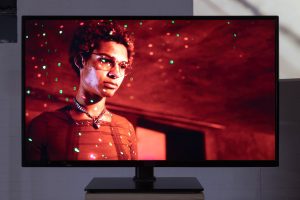 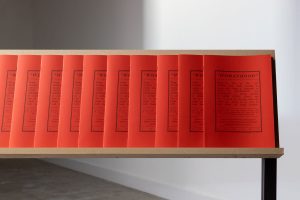 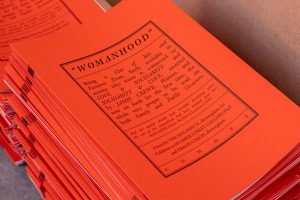 Jamie Crewe was born in Manchester and raised in the Peak District. They now live and work in Glasgow.

They have presented three solo exhibitions: But what was most awful was a girl who was singing (Transmission, Glasgow, 2016); Female Executioner (Gasworks, London, 2017); and Pastoral Drama (Tramway, Glasgow, 2018). They have also participated in many group exhibitions, including: STILL I RISE: FEMINISMS, GENDER, RESISTANCE ACT 2 (De La Warr Pavilion, Bexhill On Sea, 2019) and ACT 3 (Arnolfini, Bristol, 2019); I, I, I, I, I, I, I Kathy Acker (Institute of Contemporary Arts, London, 2019); and Cellular World, part of the Director’s Programme for Glasgow International 2018 (Gallery of Modern Art, Glasgow, 2018). They have also presented their performance lecture Potash Lesson at a variety of venues in the UK and Europe, and authored a book titled GLAIRE (published by MA BIBLIOTHÈQUE, 2017).

In 2017 they were awarded a commission by KW Institute of Contemporary Art, Berlin, as part of the KW Production Series. The resulting moving image work — a two channel video titled Pastoral Drama — was exhibited at the Julia Stoschek Collection in Berlin alongside fellow award recipient Beatrice Gibson’s I Hope I’m Loud When I’m Dead. In 2019 they were announced as the tenth recipient of the Margaret Tait Award, Scotland’s most prestigious prize for artists working with moving image. The resulting work — a rural horror film titled Ashley — will be premiered at Glasgow Film Festival in early 2020.

Find out more about Crewe here.