Integrating past and present live and media arts practices, the festival reflected on the legacy of the former commissioning agency, Hull Time Based Arts (HTBA), and ten years of the Running Out Of Time (ROOT) Festival.

ReROOTed inspired an array of artist-led interventions, performances, installations and conversations. The guerrilla take-over offered an ambitious programme, recognising the legacy of HTBA within a pivotal year of cultural activity in Hull. Featuring new and existing work by more than 25 international artists, ReROOTed was a celebration, not only of the past but of the present questioning our relationships, our capacity for change and the possibilities that sprout as we re-root, transplant and grow.

It included many new commissions; a video performance by Anne Bean (of the original Bow Gamelan with Paul Burwell and Richard Wilson) who performed Drums Along the Humber on the Marina in 1987; Alastair MacLennan with a new durational performance work; and HTBA founding members Joanna Millett and Rob Gawthrop making a 3D film projection event celebrating Europe.

A workshop and debate programme, ‘round tables’ also took place over the weekend.

ReROOTed was brought to you in collaboration with Hull Time Based Arts (HTBA) and FACT (Foundation for Art and Creative Technology). With thanks to Arts Council England, YVAN, University of South Wales, Leeds Beckett University and Studio Eleven. 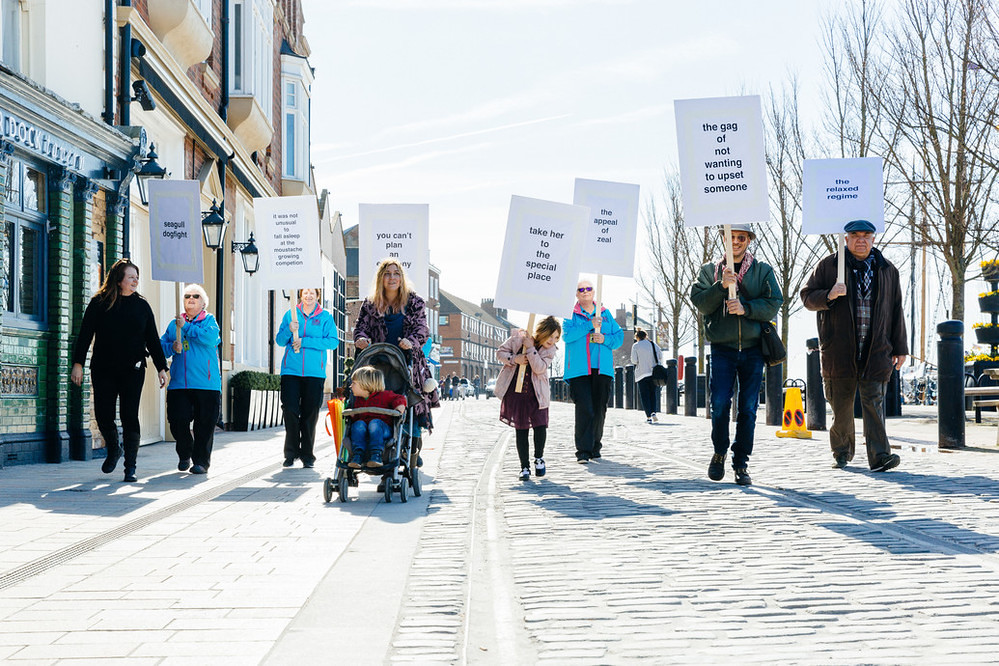